Jewish people are part of the Newham story. A small trickle of individuals or families in very early days was followed by a wave of communities that came and then ebbed in the 20thcentury leaving behind the sites of five synagogues and three cemeteries.

A house of a Jew is recorded in East Ham in 1766 and there was a Jews Farm Lane [now East Avenue] off High Street North on a 1777 map of Essex. 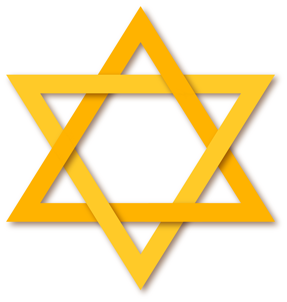 The big influx came at the end of the 19th century. Between 1880-1914 about 100-150,000 Jews from Eastern Europe settled in Britain- around 100,000 in East London, particularly Whitechapel and Stepney. Whole communities arrived together maintaining their own language, traditions and religion. There were 139 synagogues in East London by 1939, including 5 in Newham.

The more prosperous moved out into the large houses in Stratford, Forest Gate [especially the Woodgrange estate], Manor Park and East Ham. Others settled in the more commercial areas of Newham working in the small shops and street markets around Canning Town, Upton Park and Stratford. Where they settled they built their synagogues for worship and as the centre of Jewish community life.

Judaism has left its mark in the history of Newham. David Saloman, the first Jewish Lord Mayor of London has a grave in the Forest Gate Cemetery. Abraham Woolfe and Arthur Davison became mayors of Newham. Howard Bloch, local studies librarian 1982 to 1995 and producer of several books about Newham, wrote a detailed account of Jewish life in Earlham Grove Shul to celebrate 100 years of West Ham Synagogue and Community.

Today there is a very small Jewish community in Newham.  There was talk about a new synagogue in the Newham Recorder in 2007 and the UEL had a London Jewish Society listed in 2005.

Five synagogues have been built and closed in Newham:

East Ham and Manor Park 28 Carlyle Road E12 1900-1986 Situated between the Romford Road and Wanstead Flats. The buildings now house the Sikhs with Shri Guru Ravidass JI Gudwara Sahib at 28 and the Ravidasia Community Centre at 26. The declining Jewish congregation followed the flow to join the Ilford or Wanstead synagogues. 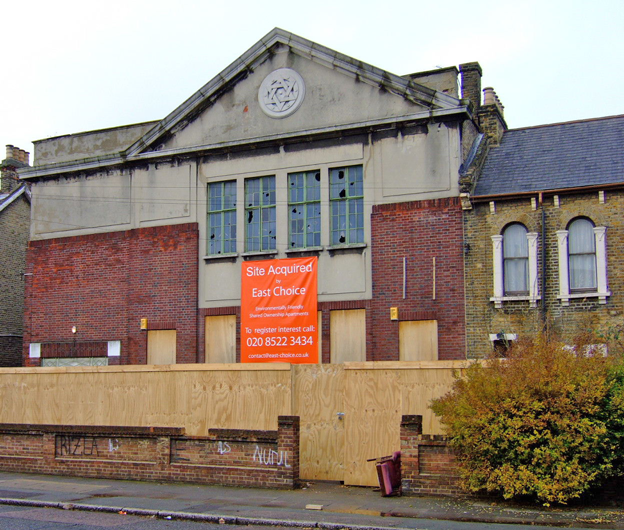 After the 1939-45 war many Jewish people moved out to Essex and North London with some going to Israel. Numbers declined and synagogues eventually closed.  Only the cemeteries remained.

There are three Jewish cemeteries in Newham:

East Ham (shown here), Marlow Road E6, opened in 1919 and is the only cemetery still open. Entered from Sandford Road and bounded by Lonsdale Avenue, Brampton Park and Masterman Road it is set in a sea of houses.

West Ham Buckingham Road Forest Lane E15 1858-1965.  This is built next door to the public West Ham Cemetery and has 40,000 graves dating from the 19th century. 87 graves/headstones were desecrated with graffiti and swastikas in a racist, anti-Semitic attack in 2005. It is now an enclave with barbed-wire topped high walls sealing from road and main cemetery.