Society of Friends or Quakers; originating in the 17th Century through George Fox, the Quakers were famous for their refusal to recognise distinctions of social status, their pacifism and their respect for individual conscience, the ‘inner light’  In the 19th Century they were numerous and influential in the area now known as Newham, especially in Plaistow and Upton. There were many active social reformers among their number. Today there is no Quaker meeting in the Borough. The nearest one is in Wanstead E11.

Old Plaistow in 18th century was a rural village clustering round High Street, Richmond Street, Balaam Street and North Street. The large houses and gardens so near to London attracted professional, educated.families who all moved as industrial revolution brought change and rapid population rise. 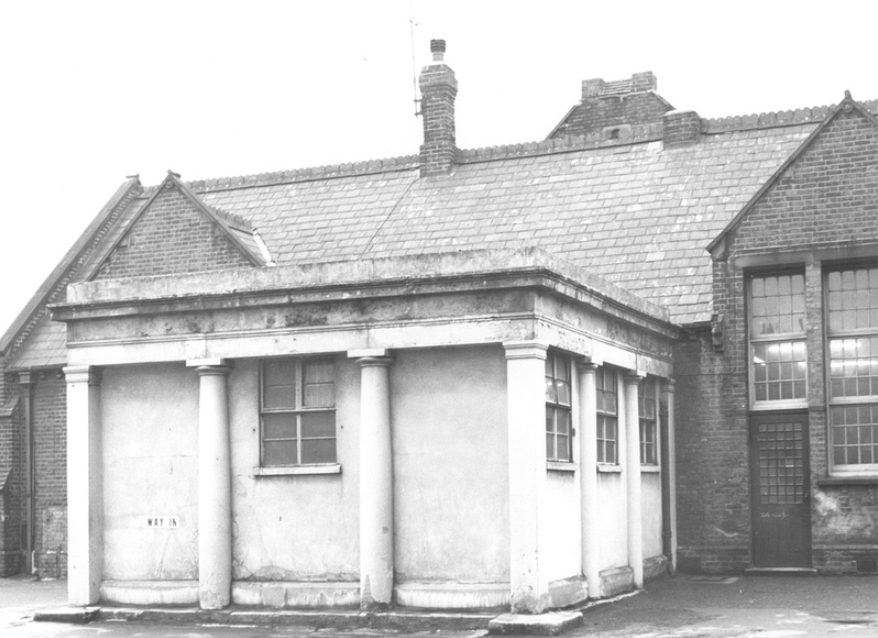 A meeting at ‘Ham’ was in existence by 1656. It was short lived and probably fused with one at Plaistow, of which there is evidence from 1671. In 1677 the Plaistow meeting was being held at the house of Solomon Eccles. In North Street in 1704 a meeting-house was built. In 1823 a larger meeting house was built. Some of the most eminent Quakers of the early 19th century met there: the Frys, Gurneys, Listers, Howards, and Barclays. In 1870 it was decided to transfer the meeting to Wanstead, to which area the richer members had already migrated. It had been intended to close the Plaistow meeting house, but it was eventually agreed that meetings should continue in the ‘small meeting- house’. In 1872 the remainder of the property was leased to the West Ham school board, which used the 1823 meeting-house as a schoolroom. In 1879 the board bought the freehold of the whole property, but the Friends were granted a long lease of the small meeting-house and continued to meet there until 1924.

The Barclay Hall, Green Street, was founded by the Bedford Institute Association in 1900, when an iron building was erected in memory of Joseph and Jane Barclay. Within a year some 800 people were already connected with various religious, social, and educational activities of the centre, and another building had been added. In 1902 Barclay Hall became a full mission church. In 1904 the Sunday meeting was recognised under the Radcliff and Barking monthly meeting and in 1906 a permanent brick building was opened. The hall was bought by the borough council in 1948, and in 1949 was re-opened as an adult education and social centre.

In 1665 members of a conventicle meeting in the house of William Williams of East Ham, gentleman, were fined by the Stratford magistrates. These dissenters came from London, Stepney, Barking, Dagenham, and Hornchurch, as well as East Ham. Most of them were craftsmen, with such occupations as bricklayer, wheelwright, weaver, tanner, and blacksmith. This was almost certainly a Quaker meeting, since several of its members can be identified as Friends… There was said to be one Quaker family in the parish in 1766, and two were reported in 1790.

PERSONALITIES among Plaistow Quakers include:

JOSEPH LISTER 1827-1912 - Born in Upton, educated as a Quaker. Doctor and researcher. Founder of antiseptic medicine. Father of modern surgery. There is a Lister clinic in Forest Gate and a Lister school in Upton Park.

No meeting house now in Newham. Wanstead nearest with historic connection with Plaistow through graveyard.