Sikhism arose as a reform movement within Hinduism in the 16thC. Under a series of ten gurus beginning with Guru Nanak and ending with Gobind Singh, the Sikh community emerged. The teachings of Guru Nanak integrated ideas from both Hinduism and Islam. The gurus taught the oneness of God, the equality of all people, and respect for people of other faiths. The Khalsa [brotherhood] was formed, under the leadership of Guru Gobind Singh. 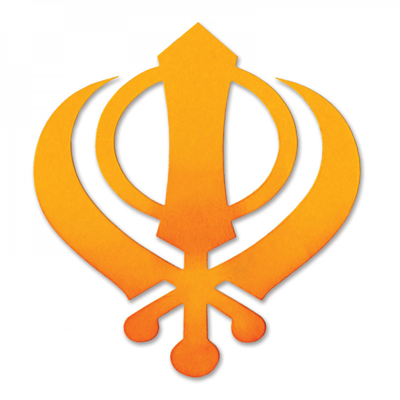 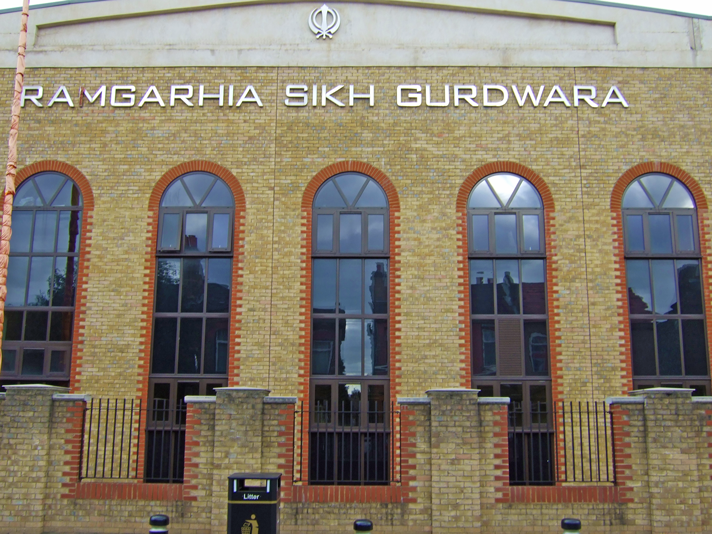 Those who choose to join the Khalsa commit themselves to wearing five symbols of Sikhism, uncut hair [Kesh] covered by a turban, a bangle [kara], a sword or dagger [kirpan], a special form of underpants [Kacha], and a comb [kangha] All Sikh men are given the title Singh [meaning lion] and women the title Kaur [meaning princess].

Sikh community life centres round the gurudwara where a common kitchen provides meals available to all. Worship and teaching is based on the Guru Granth Sahib, the scriptures in Punjabi.

Sikhism includes a number of different denominations, sects or sub-communities, and in some cases at the popular level the boundaries between Sikh and Hindu beliefs and practices are not very clear cut.

Sikhs were the first ethnic group to settle in Newham at Manor Park and East Ham.

In the 1982 report on Newhams Ethnic Communities Newham had three well-established gurdwaras with large, well-organised and clearly identifiable communities. All three had purchased former church halls or synagogues.

By 2010 five gurdwaras and a society were established.

1958 claim. Owns building.  Open every day with 400 members . ‘To promote Sikhism and the advancement of education. To provide facilities for recreation, leisure, religious functions, sports, and religious rites connected with births, marriages, and deaths etc’. A Sikh language and culture school now meets in adjoining premises at 231 Plashet Road.

1971  Serving Manor Park Claiming in 1982 up membership of 4000 and a regular congregation of 500. Teaching Punjabi, music. Prayer  ‘a religious congregation for worship and prayer’ and ‘Day Centre for Sikh community’. 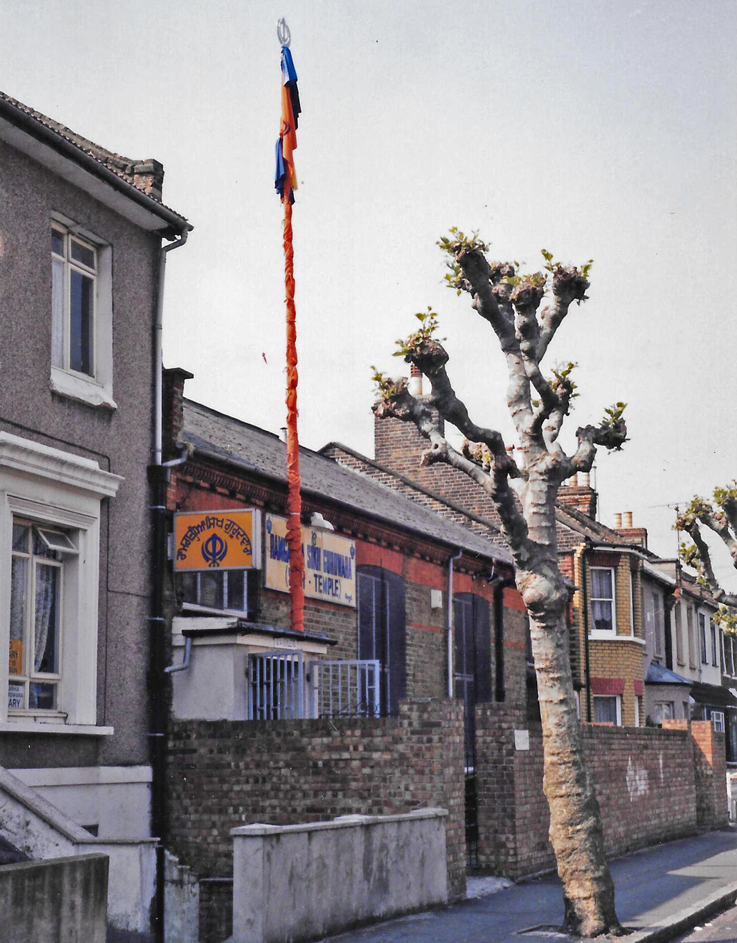 Started at house in Terrace Road  Serving Upton Park and Plashet date back to 1971, 1992 rebuilding in progress reported 1999 Sikh/Orthodox Naamdhoori Sikh   Call themselves orthodox Sihks but are not always regarded as such by other groups. 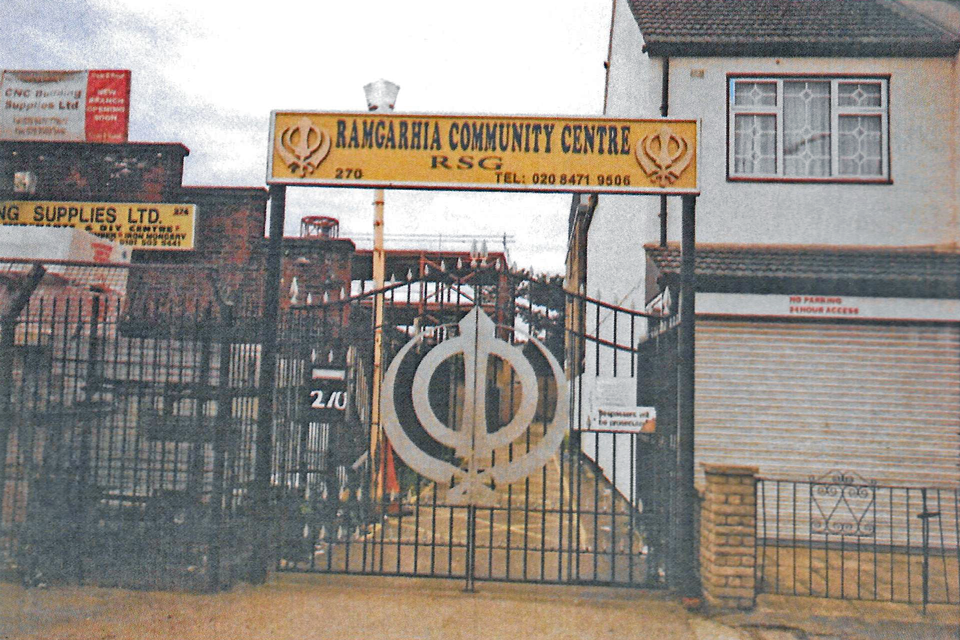 2005 Directory ‘The main objective for the Sikh society is to provide [Sewa] to all our members, Sewa is helping others to do what is right and being supportive. No one is judged on Religion, Race, Colour or Sex, we believe in Love and Caring for people from all walks of life’.